The United Kingdom’s ports industry is a remarkably diverse sector, covering every conceivable type of port activity and with strong regional differences in its markets. The absence of government involvement in financing and strategy makes the industry unique in Europe, providing an unusual but successful operational and governance model driven by the markets it serves.

So just how big is the U.K.’s ports industry, and what contribution does it make to the economy? Figures just released by Maritime UK, an organization which brings together the U.K.’s main maritime trade groups, show that the ports sector makes a value added contribution to U.K. GDP of $11.93bn, making it nearly as big as the U.K.’s advertising industry.

Adding together direct and indirect employment generated by the industry, the total is just over 344,000, equivalent to one in every 94 jobs in the U.K. What is striking is that employees in the sector are highly productive, calculated at $101,400 per worker which is 1.3 times the U.K.’s economic average.

In the league table of the European Union’s 25 maritime nations, the U.K. has the second largest ports industry handling just over 100m tons and 24 million passengers each year. Up until 2010 when the impact of the global slowdown was being strongly felt, the U.K. had for many years been the largest E.U. ports industry. However, changes in the oil industry, which in total accounts for almost half of the U.K.’s throughput, combined with strong competition from new capacity in Continental Europe, have had their effect. But the U.K.’s is still a remarkable performance amongst some of the world’s strongest economies. And as an island the U.K., by definition, will always be dependent on its ports. Its future is secure as an industry which will remain the subject of significant investment to serve a growing economy – and a country experiencing significant population growth which will feed into increasing long term demand.

The majority of port related activity and investment is in the southeast of the U.K. and London, both benefitting from their proximity to the vast European Continental market. For different reasons Scotland’s economy is also a major beneficiary of port activity and this is related not only to traditional cargo handling but to their support for other industries, particularly offshore energy, fishing, and lifeline services to the islands.

Compared with some of the Continental ‘giants’ such as Rotterdam, which in itself handles more cargo than all the Spanish ports put together, U.K. ports are comparatively small with the largest, Immingham in the northeast of England, handling 12.25m tons. A major feature of the U.K. is, however, the high volumes handled across many locations. This means that local markets can be served efficiently, and that there is a strong local connection between ports, local communities and regions.

Another major contrast with Continental Europe is the fact that ports in the U.K. are private sector operations. This includes not only private sector cargo handling services, but private sector port authorities too, a highly unusual arrangement that allows for an effective coordination of services, bringing “dry” and “wet” sides together into an integrated management unit.

Although they have different forms of ownership and governance, all U.K. ports operate within a private sector framework. No port in the U.K. receives systematic public financial support. Each has to make judgments on the market and respond to users. This is in stark contrast to the organization of ports in most other countries where the norm is for public control, very often with the municipalities owning the port infrastructure. So U.K. ports rely on investments from the open market.

Ports will invest where they see market opportunities, mainly based on commitment from the freight industry and the shipping lines. This is not always easy to achieve. There are, for example, some consents granted in the U.K. for container developments which have not been activated as further growth in the world economy is awaited. However, ports are regarded by the markets as good long term businesses, not so subject to the volatility associated with many other sectors. The increasing role of pension funds in port investments is an indication of this. This is in contrast to decisions on developments in most Continental ports. Although these too must of course be related to demand, the reasons for a particular development can be more complex. The Netherlands and Belgium, for example, are relatively small countries with very large ports. These ports consequently have a huge impact on all parts of the economy, from logistics services to heavy industry. Decisions on port development, therefore, go far beyond the port gates and usually carry with them political objectives.

The private sector basis of U.K. ports makes it much easier for investors to engage with them. Their chain of decision making is based on what might be described as ‘normal’ commercial practice without the bureaucracy which public ownership can often entail. A recent example of this is investment in the offshore renewables industry where ports need to be extremely flexible and light on their feet in response to new demands. This commercial responsiveness, combined with a national licensing system which aims to reach decisions quickly and within published target timescales, makes the U.K. a very attractive place for investment.

Although the U.K. coast has a high level of protection and is peppered with special Marine Conservations Zones, a very pragmatic approach is taken and the U.K. has an excellent record in combining rigorous environmental protection with successful coastal businesses. These principles are protected within the U.K.’s Marine Policy Statement which places a strong emphasis on promoting marine commerce, recognizing the dependency of jobs and the economy on its success. Capacity in the U.K. is one of the ports industry’s major strengths and this, combined with strong competition between ports, means that prices are keen and the choice is wide to users and potential investors.

All ports rely on their hinterland connections and, as a relatively small country, there is dependence on road transport and approximately 80% of goods are transported in and out of ports by road. The U.K. has an excellent freeway system with a strong program of future investment delivered by Highways England and its equivalent agencies round the country. The relatively short distances in the U.K. makes road a preferred option, but there is also a robust program of new rail investment, for example connecting London to northwest England, which will create new capacity freeing up other routes for freight.

The U.K. ports industry enjoys three major advantages: it is independent and free of government controls; it is entrepreneurial and market driven; it operates within a policy and planning framework which recognizes the benefits of coastal businesses and supports growth and development.

The British Ports Association (BPA) represents the interests of a wide variety of ports to the U.K. government, to the E.U. Commission and to an array of agencies and organizations which have an interest in ports policy and the development of the industry. Its particular strength is its link not only with the English regions but also with the devolved governments in each part of the U.K. 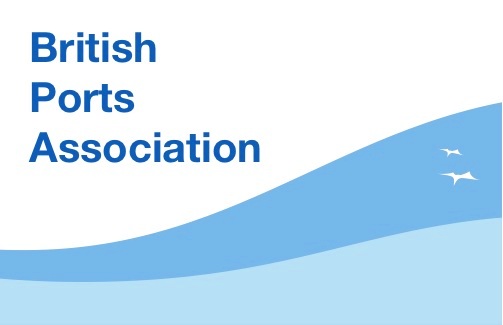