Let’s Make the Case for TTIP 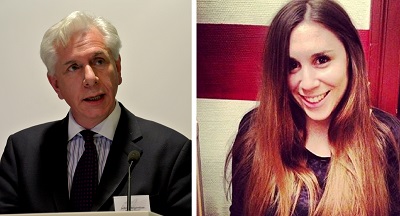 The Transatlantic Trade and Investment Partnership, or “TTIP”, has been described by UK Prime Minister David Cameron as potentially “the biggest bilateral trade deal in history”. Since its launch at the G8 Summit in Lough Erne in June 2013, there have been seven rounds of negotiations in Brussels and Washington, DC, and steady “technical” progress has been met with strong support from the business community – including BritishAmerican Business. But a heated public debate on the potential negative impacts of the agreement is now also under way.

In our view the business voice also needs to engage more loudly in this debate to both vocalise the potential benefi ts that TTIP could have, and to address the concerns raised about the agreement, many of which are based on misinformation. In particular, as well as setting out the “big win” macro case, we need to break down the benefits to local, specific and tangible opportunities which are valuable to people who want to make more out of the transatlantic channel – often the very readers of this guide! The UK is the largest investor in the US and the US is the largest investor in the UK. Both contribute directly to around 2 million jobs; clearly, it matters that we get as much as we can from an agreement that in many ways plays to mutual strengths.

THE BENEFITS OF TTIP
BritishAmerican Business is the leading transatlantic business organisation, bringing together many of the world’s leading multinational and middle-market companies across sectors and geographies. We see the negotiations potentially providing a significant boost to both jobs and growth on both sides of the Atlantic, benefiting business, workers and consumers alike. The negotiations also have positive strategic implications and can contribute to enhancing the international rules-based trading system and thus to raising global prosperity.

Trade barriers between the EU and the US are sometimes referred to as being small (averaging around 3 per cent), but British companies still pay $1 billion to the US in tariffs every year. For some industries, tariffs are cripplingly high. For example, US tariffs on UK sportswear (32 per cent), synthetic women’s coats (16 per cent), hotel tableware (28 per cent) and slippers (26 per cent). Tariff elimination between the EU and the US has been estimated cumulatively to be worth 1-3 per cent of each side’s GDP. Even if an as yet undetermined part of that sum came to be attained, it would, in our view, be a good thing.

However, it is the regulatory dimension from where 80 per cent of the benefits of the deal are predicted to emanate. What the negotiations should aim to do, in our view, is to find ways of avoiding regulatory duplication and double testing and certification in cases where the EU and the US have compatible standards currently achieved through different means. The aim is to spare companies the added cost of having to comply with regulations that provide the same protection, twice.

For example, it does not make sense for mattress producers to have to conduct fi re tests on two sets of mattresses rather than one because of different regulations around fire in the US and the EU. We think that a fire is a fire. Nor does it make sense that a manufacturing company should be unable to export its machines to the US because, in Europe, the standards say a particular wire has to be blue, and in the US it has to be white. And so on. Such duplication of testing is burdensome for even the largest of companies, but it can make the difference between there being a strong business case or no business case at all for many small and medium sized enterprises (SMEs).

This is why, even before these negotiations were launched, we at BritishAmerican Business embarked on a UK national roadshow to see what benefits – if any – such an agreement could have for SMEs across the country. From Cardiff to Glasgow, Birmingham to Liverpool, Edinburgh to Sheffield, the answer has been clear – while there are plenty of encouraging success stories out there, many companies still face huge obstacles when doing business with the US. The smaller you are, the more these obstacles get in the way.

We have heard from packaging manufacturers, food and drink exporters, producers of medical equipment, businesses in a myriad of sectors, and we are hearing the same stories again and again. These are stories of complicated export documentation, of costs from having to comply with both American and EU standards and repeated rounds of duties, all eating away at profi ts and the business case. Much of what we heard “on the road” we fed through to legislators and government, and used to fire up an online conversation across our social media platforms. Please do let us know if you have any further experiences to share.

ARE CONCERNS ABOUT TTIP WARRANTED?
We also welcome debate on the negotiations, and we hope to contribute to providing the best possible information for a broadly based conversation amongst all elements of civil society.

There is a concern that regulation will be dragged down to the lowest standard, and that we will see deregulation. However, both the EU and the US have underlined that harmonisation or the levelling of regulations is not a goal – it appears that both sides, from President Obama down, have stressed that the outcome of the negotiations should not reduce the level of protection for consumers, workers or the environment. For our part, we are in favour of effective, proportionate, aligned regulation and, with TTIP, we have hopes for a high quality benchmark agreement to help secure high standards globally by good example.

Another majorly contentious issue in the TTIP negotiations is the Investor-State Dispute Settlement (ISDS). There has been a lot of fear that this mechanism, if included, will allow corporations to sue nation states in a way that is detrimental to the public interest. Quite rightly, the public debate around ISDS both in the UK and in other EU member states has led to the European Commission launching a public consultation on ISDS which received 50,000 responses from across the EU. Negotiations on such a mechanism have been halted in the meantime.

We are in favour of ISDS content for TTIP. Information about the ISDS mechanism is openly available – and the mechanisms do not include enabling corporations to stop legislation. What is more, investment protection plays a strong role in building the confidence that underpins international investments and the trade that depends on them, benefiting producers and consumers alike and supporting job creation and growth. Investment treaty arbitration and provisions for an ISDS mechanism should be a central component of the investment chapter so that the very few disputes that arise can be resolved in depoliticised, transparent proceedings. It is also worth noting that since 1975 the UK has negotiated 94 Bilateral Investment Treaties (BITs) almost all of which include ISDS provisions, and no ISDS challenge has ever succeeded against the UK.

Perhaps the biggest worry in the UK specifi cally is that the trade negotiations will undermine British providers of public services, in particular the NHS. The provision of public services is recognised as an important public function on both sides of the Atlantic, and there is no goal that we have seen stated or even implied to undermine such services, nor to negotiate more alignment. When it comes to the NHS specifi cally, there are three aspects of the agreement that cause concern: the provision of services, public procurement, and investor protection (specifically ISDS). The chief EU negotiator has confirmed that for each of these areas the current protection of health services under EU law will not be removed for TTIP.

Lastly, the accusation remains that the negotiations are undemocratic and that they are being conducted in secret. The negotiations are in fact taking place under a mandate approved by the British Government and the other 27 member states of the European Union. There is a vast amount of information publicly available on the European Commission’s website – including negotiating positions in a number of areas and the full reports from each negotiating round. As far as we are concerned, the ongoing TTIP negotiations are admirably transparent and open to public comment and input. Numerous public, open and well attended stakeholder meetings have taken place, particularly in Brussels and Washington DC. But we would be the first to agree that concentrating solely on Brussels and Washington is not enough. Our roadshows reveal that a lot more needs to be done to “get local”, to leave the “beltway”, and to engage in the “micro” story. To supplement our own local conversations, we have various communications platforms, policy forums, and we act as secretariat for the All-Party Parliamentary Group on EU-US Trade & Investment. Please do get in contact if you would like to learn more about our activities or TTIP in general. We hope to see an informed and balanced debate unfold in the public domain – and we encourage business to get engaged in the months ahead!