Challenges and Opportunities in the US Automotive Supplier Sector 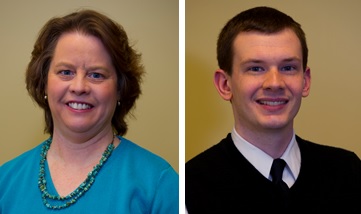 Three factors are bearing down on suppliers to the North American auto industry that have many of them scrambling to match production to demand: a return to pre-recession vehicle production levels, the desire of auto companies to re-shore significant portions of their supply chains, and an ever-increasing reliance on first and second tier suppliers to provide innovative products.

SUPPLY CHAIN CAPACITY PRESSURES
During the recession, North American vehicle sales and production fell sharply. In 2007, US automotive plants built nearly 11 million vehicles; by 2009, production had fallen to slightly more than half of that, at 5.8 million vehicles. To add pressure to the supply chain, prior to the recession, many suppliers were competing for car manufacturer business primarily on price, leading them to operate at very narrow margins. The loss of business coupled with razor- thin margins led to a significant reduction in the number of supplier companies throughout 2009-2011. Some consolidated with other small companies or were agglomerated together by private equity firms, but many simply went out of business.

The US turnaround in vehicle sales happened much more quickly than recovery in other sectors of the economy. After a low point of 10.4 million vehicles sold in 2009, sales in the United States have steadily increased and are expected to reach 16.3 million units by the end of 2014. Correspondingly, US automotive production is expected to exceed 11 million vehicles. As production has increased, suppliers are operating their facilities at very high capacity utilisation levels. With the financial pain of the recession fresh in memory, most suppliers have been reluctant to reopen closed plants or build new facilities.

Furthermore, external shocks, including the tsunami that hit Japan, floods in south east Asia, fires and other issues at key component facilities around the globe, have brought into focus the risks of a lean global supply chain spread. These risks, along with the ever-increasing cost of transportation, mean that car manufacturers are giving more consideration to sourcing from local suppliers. As a case in point, Ford is building a North American version of its Transit van in Missouri; this van had previously been built solely in Turkey. Once the decision was made to shift production to Missouri, Ford began working with key tier one suppliers to shift their production to the United States. As a result, these tier one suppliers are now tapping into nearby North American tier two suppliers – and deeper into the supply chain – to provide needed parts and materials.

As a result of transformation of the automotive industry at the highest levels, coupled with a faster than expected resurgence in sales, many vehicle suppliers now find themselves under intense customer pressure to increase their capacity and capabilities by investing capital, adding new technologies, increasing efficiency, improving quality,  upgrading workforce skills and collaborating with other firms.

While the large car manufacturers and tier one companies are assimilating structural changes, profitable companies in the lower tiers are frequently less able or inclined to invest in new capacity, technologies, or processes due to limited access to capital and labour. As a result, the supply chain is on the verge of running into critical shortages in production capacity, tooling and people, with the lower tiers being the most likely bottleneck.

SUPPLIERS AND AUTOMOTIVE INDUSTRY INNOVATION
Automotive research and development (R&D) spending and requirements are expanding rapidly to keep pace with the demands for ever more sophisticated and effective new technologies. Car manufacturers spend an average of $1200 for R&D per vehicle.1 Fuel economy regulations, enacted in countries throughout the globe, are setting challenging goals for manufacturers to meet. Consumer preferences, increasing congestion and more mobility choices mean that cars have to incorporate more creative uses of technology to attract buyers.

Vehicle electronics provide a variety of benefits, such as infotainment, comfort, safety and convenience. High-tech vehicles enhance safety, increase road capacity, reduce congestion and save fuel. The electronic systems of a vehicle can use sensors and wireless communication to collect data from the environment, use this information to efficiently navigate around traffic and other obstacles, and transmit the vehicle’s own data to surrounding vehicles to improve travel for other users.

The powerplant continues to be an important vehicle system for fuel economy improvements. Vehicle manufacturers are developing a wide range of advanced powerplant technology options to meet federal and state environmental regulations, consumer preferences and energy-saving goals. While the spark-ignited internal combustion engine (ICE) will remain the dominant technology, other powerplant options will see increased market acceptance and no single option is expected to emerge as the best solution. Areas of technology growth related to powerplant systems include advanced internal combustion engines (gasoline and diesel), transmissions, vehicle electrification and alternative fuels.

Along with varying requirements and high levels of expenditure, the nature of R&D in the automotive industry is always changing. Large car manufacturer-owned research labs that once focused on long-term, basic research have been replaced by more immediate needs of the industry-development, design and engineering activities. Furthermore, suppliers are finding that they need to offer high tech solutions and incorporate more technology that they themselves create. Much of the work that was once conducted by car manufacturers has shifted to their suppliers or to research universities.

The auto industry spends an estimated $12 billion on US R&D. Vehicle supply companies provide nearly one-third of these funds.3 Within the industry, automotive parts suppliers employ approximately 40 per cent of all R&D scientists and engineers, while the car manufacturers employ 60 per cent. This split reflects the growth in R&D efforts by the supply chain.4

As technology continues to evolve for many vehicle systems, new types of companies are entering the industry and the vehicle supply chain. Those companies bring with them new practices and ideas from other industries. Concurrently, smaller, lower tier suppliers are finding they need to innovate or get left behind – creating both a challenge and opportunity for those suppliers.

OPPORTUNITIES FOR INTERNATIONAL INVESTMENT
These new developments in the automotive industry represent opportunities for new investment. Automotive supplier opportunities are expanding rapidly to keep pace with the growing demands of a larger automotive industry that integrates more technology into its vehicles. Put another way, the tight supply chain and strong demand for innovation opens the door to any number of entities to enter the market. Economic developers in automotive communities continue to focus on improving workforce capabilities, building and updating industry infrastructure and providing support for both existing as well as new manufacturing operations.

The US light vehicle market remains the largest market in the world in terms of the value of the vehicles sold. For international car manufacturers and suppliers, these conditions provide a market for more content per vehicle – while leaving more potential profit per unit – than perhaps any other market in the world. This high profit potential has made the United States an attractive destination for global automotive manufacturers, suppliers and other supporting companies. As the industry continues to expand and the vehicle becomes even more complex, the US market will continue to present new supplier investment opportunities.